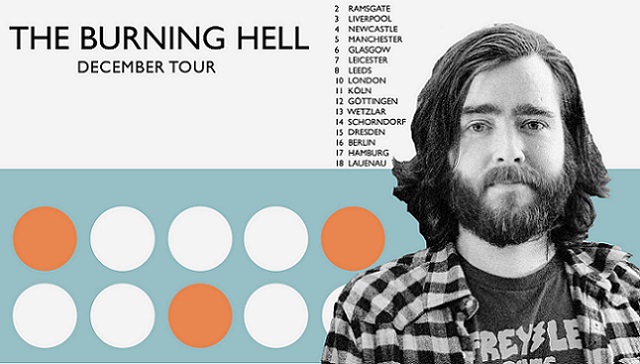 It was a wet and slishy-slushy winter day
When the strangers came to stay
A man in black from head to toe with a lady by his side
I knew she was a lady, I had a lady-spotting guide
He said pardon, if you please, our train has run out of steam
And left us in this lonesome village for the evening it would seem
We looked for a hotel but we were told they'd all closed down
Due to the economic crisis that we've heard so much about
I took pity on the strangers standing in the melting snow
I said mi casa es su casa, make yourself at home
He said I speak a little Spanish, though my second language is français
Et vous êtes très gentil, merci pour votre hospitalité.
I said no need to merci me, just come in from the cold
Tell me a little of your travels on the icy iron road
We sat down around the fire and as I hung their overcoats
He began to tell their story with this sentence, and I quote:
The words we speak here are top secret, meant for private ears
But our lives are in grave danger from a band of privateers
So we must take you in our confidence, we are in mortal fear of dying.
(Dying!)
I then figured them for bandits or confidence artistes
When I saw the two-tone collar I knew he was a ska fan or a priest
He noticed me notice and said I observe your observation
Of the sartorial memorial of my spiritual vocation
I wear this habit out of habit, my service has been shoddy
As you can maybe guess I can't resist the temptations of the body
To my ex-boss Old Jeezy this is yesterday's news
But yes, this lady is my lover and I am her lover too
It all started last Shrove Tuesday when as per my holy mandate
I was munching on a luncheon at the International House of Pancakes
I ran out of maple syrup so I approached the nearest patrons
A gorilla of a man and a lady eating eggs and bacon
She passed me her maple syrup and as our fingers briefly brushed
I felt a feeling in my face I'd never felt, yes I blushed
My heart began ballooning and my brow began to sweat
Looking deep into the eyeballs of this beautiful brunette
Moments later we were tangled in my cassock in the can
She said I love a man in uniform I said I hope this is God's plan
She said her name was Ann, I said call me Father Daniel or just Dan.
(Dan!)
She grabbed my hand, said Dan, I gotta blow this popsicle stand (she meant the IHOP)
We were running out the back door before I yelled out Jesus! and I stopped
I felt something sticky on my palms, I was afraid it was stigmata
But it was just a little maple so we jumped in her Miata
We sped off for the mountains and extramarital shenanigans
We stayed up 'til dawn going over and over and over the plan again
We'd run away to Monaco to elope on her uncle's yacht
We'd start a new life in the principality with the money that she'd got
But her ex-boyfriend the gorilla from the pancake house got wind
By the threatiness of his death threats I could sense he felt chagrined
He tracked me down at the Riviera as I was about to say I do
With a band of bandit buddies from his criminally misspent youth
They opened fire on our wedding but we escaped into the sea
When the coast was clear we caught the first train out but now you see
I know they can't be far behind, these goons are gonna gun me down
We're like sitting duckish lovebirds in this extremely safe feeling town
The worst part is the gorilla has been ordained as a deacon
And he's got some spiritual spies supporting the havoc he's been wreaking
A cruel clergy of crime out for blood, and I'm speaking of mine.
(Mine!)
There was an awkward silence as the ex-priest finished talking
His fiancee excused herself to change into a drier pair of stockings
I got up from my chair and I walked over to the cabinet
I was looking for a couple of holy relics I remembered that I had in it
Then I turned, with a crucifix-shaped pistol my hand and my zucchetto on my head
His eyes widened as I crossed myself, I raised the gun and said
Sometimes we search for safety and we find only greater danger
So let this be a lesson to you: never talk to strangers.